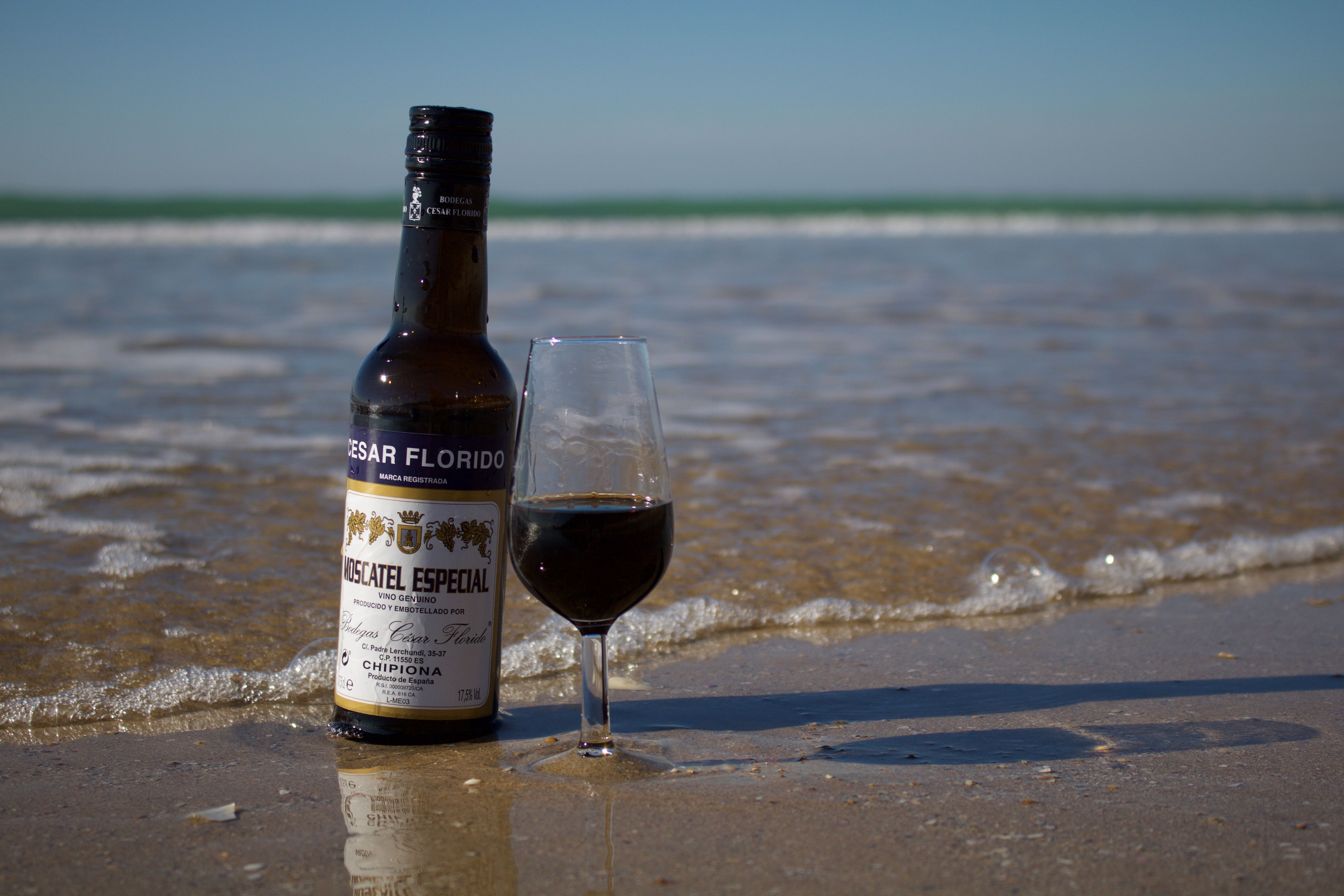 Among the famous wines of the Marco del Jerez – Xerez – Sherry there is the variety named “Moscatel”, whose production, if not all at all, at least an extraordinary part of it lies in Chipiona.

The Moscatel is a very peculiar wine from Chipiona, it occurs in their lands but not in others, which although apparently similar, do not produce the wine with that delicious and tempting perfume than the one here. Perhaps the climate, the nature of the terrain, the technique used, the years of experience. The truth is that, at least until now, of the Muscat wines that are bred in Spain, none has this characteristic, delicious and tempting perfume of those from Chipiona.

With the same term “Moscatel”, which apparently comes from the Italian “moscatello”, it is called a type of sweet grape of which 18 varieties are known, (small white, Moorish, small gold, fat purple, fat white, Roman , real, flamenco, gorrón, isidoro, etc.), which are cultivated in Italy itself, in southern Portugal and, above all, in various Spanish regions, such as Catalonia, Levante, La Mancha, the Andalusian provinces of Huelva and Malaga and in the municipality of Chipiona, where the variety called “isidoro” or “isidori” occurs. Muscat is a universal variety, widespread in many areas of the world, and already mentioned in antiquity by Columela, in the early years of the Christian era. Originally from Africa, it has been classified in the “Muscat” tribe. Other synonyms are: Muscat of Alexandria, Fat Muscat, Muscat of Spain, etc. Its grapes are white, the leaf is medium, orbicular, with a slightly open petiole sinus, V-shaped, with closed upper lateral sinuses and little hairiness. The branches are semi-erect. They have numerous, large, uneven, loose clusters. The berries are large and juicy. They develop best in vineyards located near the sea.

This grape, once dried in the sun, or “sunny”, for a period of fifteen to thirty days, depending on the weather, loses much of the broth but keeps the sugar, becoming muscat, which is “quenched” with alcohol to avoid fermentation. This mixture gives rise to Muscat, a first quality wine that tries to make a place for itself among the most appreciated wines in the world, since it takes a large quantity of grapes to produce little liquid. It is common for muscat to “link” with must “list”, thus reaching an average graduation of 18 degrees of alcohol and 8 of liquor, the latter figure that in pure muscat shoots up to 20 or 25 degrees, difficult to digest, for on the other hand, by the human organism.

The color of Muscat wine, contrary to popular belief, is not black. It is light in color, almost like that of a white wine, and the darkness is provided by the burnt or colored wine that is raised in neighboring Rota and Chipiona. This mixture, recognized by the Jerez Regulatory Council, in addition to giving color, subtracts sweetness from the muscat.

Chipiona muscat has been and continues to be awarded in various international wine competitions, the three existing wineries continually obtain awards and prizes for their wines year after year in competitions involving thousands of wine brands representing more than thirty countries. These awards are the recognition of this product of ours with more than 500 years of existence.